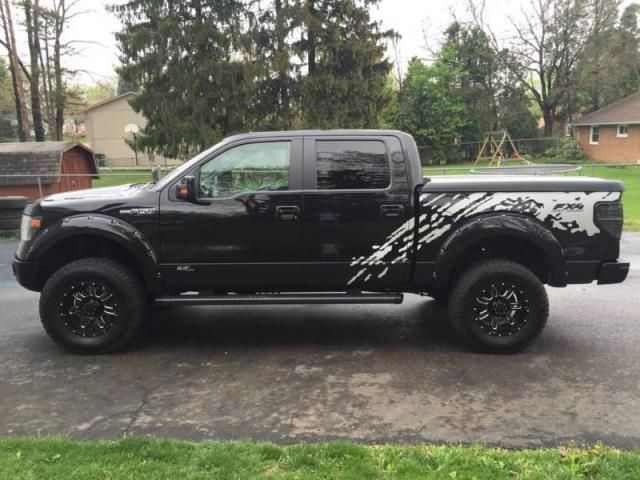 2014 F-150 FX-4 With 6.2L 6210CC 379Cu. In. V8 GAS SOHC Naturally Aspirated) same engine used in the Raptor special ordered from the factory ...This truck has a 4 inch lift kit, Nitto Terra Grappler all-terrain tires and custom wheels, stainless Roush exhaust system, a mixture of tuxedo black paint with flat black graphics and brushed aluminum Graphics in stripes. Over $8000 in extras. All the bells and whistles on this truck - Dual power seats, heated and ac cooled seats, Sirius XM radio, Sony stereo system, navigational system, adjustable foot pedals and gas pedals, power sunroof, power rear window heated, six speed automatic transmission with manual shift, complete towing package trailer brakes, the truck is completely hands-free with sink, and many more options. If you love this truck like i do then you better jump on this because it wont last long at all because you cant build this truck at this price.
eMail me for more details : robr0lsmith@yahoo.com