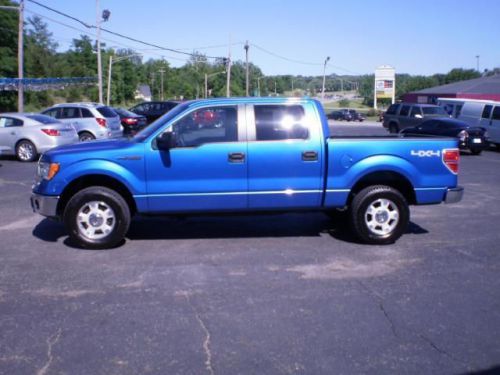 Save $$$$ This F150 4X4 Crew Cab Still has the Remainder of Factory 5 Year/60,000 Mile Powertrain and 3 Year/36,000 Mile Bumper to Bumper Warranty. Equipped with 4 Wheel Drive,Power Windows,Power Door Locks with Remotes,Power Mirrors,Traction Control,Anti Lock Brakes,AM/FM Stereo with CD Player,Fold Down Arm Rest,5.0L V8 Flex Fuel Engine ( E-85 ),Fold Down Rear Seat,Steering Wheel Touch Controls,Plus More Vehicle history reports are available upon request.Visit our website www.penceautomotive.com or call us at 877-661-6299 for any questions. Pence Automotive has been in business for over 45 years. That should tell you that we take care of our customers and they come back over and over again. Our sales and service department is here to help you with any of your needs. Visit us today, You'll be glad you did!