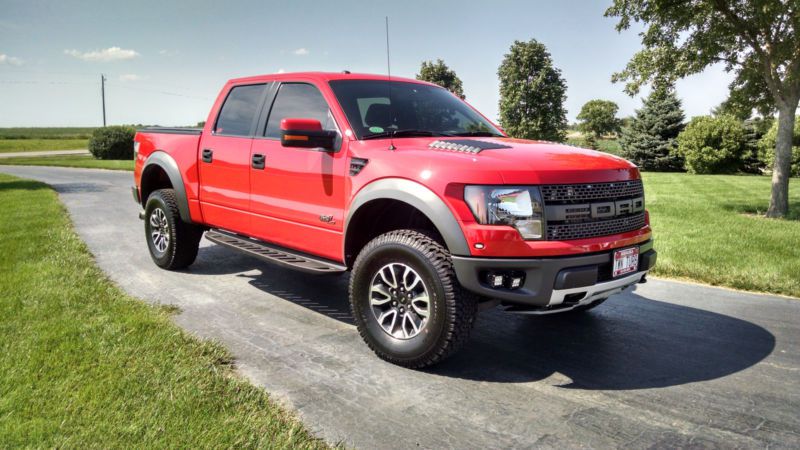 Please email me with any questions or requests for additional pics or something specific at: jayme.jarriett@openmail.cc .

2012 Raptor
Twin Turbocharged 600 hp!
Remaining Factory Warranty.
One owner since new.
Never taken off road.
Near showroom condition!
"Retail Red" Paint!
BF Goodrich Tires
Here is a truck that you can drive down the road and get thumbs up from everyone you meet! The look, the sound, the
condition of this baby is just right!
We have taken close up pictures and videos, and the truck looks as good from 1 foot away as it does from 20!
What sets this Raptor apart from all the others is the $11,000 Twin Turbocharged 600+hp performance package (that
was installed when the truck was new) from Underpressure Power & Performance of Colorado Springs Colorado. It will
absolutely lay you back in the seat when you step on the pedal! Although the performance is there when you need it,
I have not beat the truck, and have never towed with it. I just wanted something better than anything else out
there.
The odometer shows 23,940 miles, and there may a few more miles put on it before it sells, I do not drive this as a
daily driver, and it has always been stored inside a heated garage.
The title is clean, and the truck has never been in any kind of accident.
The truck has every option available including Navigation.
The B.F. Goodrich T/A raised white letter tires are in really good condition, and drive straight down the road with
no shakes or vibration.