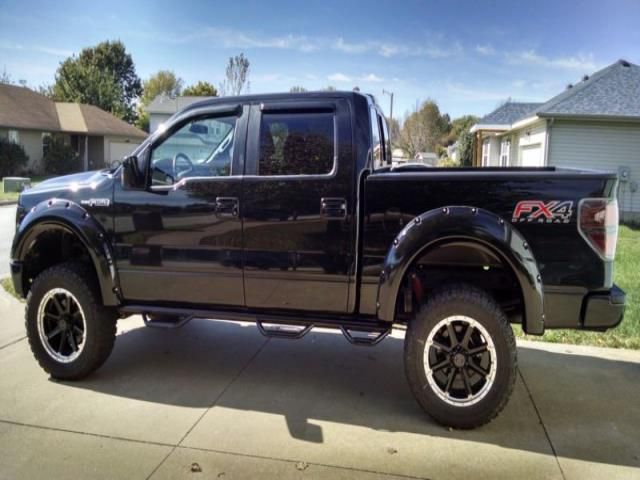 I have for sale a 2012 Ford F150 FX4 with 12800 original miles. Truck has heated and cooled leather seats, 5.0l motor, rear view camera, Pro Comp 6 inch suspension lift, 35 inch Mickey Thompson tires, NFAB step bars, spray in bed liner.....etc. This is a has a Phantom edition done by Rocky Ridge in Georgia. Go to for more info. I bought the truck wrecked with a salvage title, and had the damage fixed. It has been inspected by the Highway Patrol and issued a rebuilt title. Ive included a couple pics of the damage. Turned out pretty good with the exception of the fender mouldings. I would recommend going back to factory because they dont set perfectly on the truck. I found a brand new wrecked F150 shortly after buying this one, and I decided to buy/keep it instead.