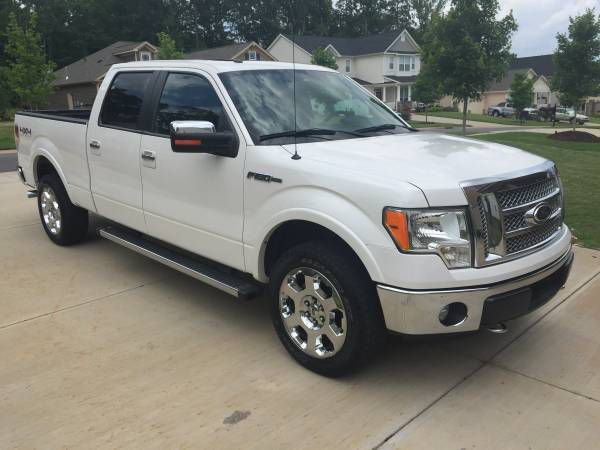 For more pictures email at: lavernelvviafara@veggies.org .

This is a beautiful fully loaded 2012 Ford F-150 Lariat 4x4 Supercrew with hard to find 6 1/2 bed configuration.
This truck is a non-smoker with clean carfax, autocheck, and only 44k miles. I am the second owner of this
originally leased vehicle and it is in great condition inside and out with only a few minor blemishes. This truck
is fully loaded with a powerful 5.0 liter V8 engine, 20 inch wheels, power moonroof, power sliding rear window,
heated and cooled seats, navigation, Bluetooth, Sony premium stereo system, powerfolding side mirrors, chrome
package with chrome running boards, back up camera, dual power seats with driver seat memory, reverse sensing
system, back up camera, trailer tow package, keyless entry, tailgate step, bediner, tow package, and much more. All
regular services have been completed and front tires are around 50 percent and rears are around 85% tread life.
Hard to find with all of this equipment and low mileage for the year.