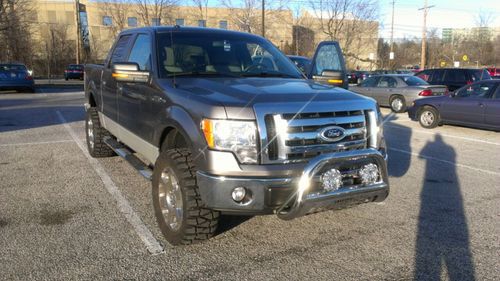 This truck is in incredibly good condition with very low miles being 4 years old. The truck has many added upgrades to it including an electronic braking system, wheel spacers, a 4 inch lift kit, brand new 33'' wheels, a chrome Westin bull bar, and chrome 6'' KC lights. You must see this truck to really appreciate it. Buyer must pick the truck up once purchasing it