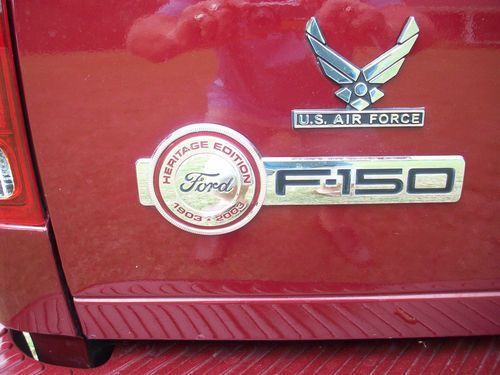 2003 Ford F-150 Heritage Classic Edition.  Taiton 5.4 V8.  Lots of extras in addition to the Heritage Package.  Truck has been well taken care.  Bed has some scratches, it has been used for hauling stuff.  Matching floor mats, rubber mat in bed.