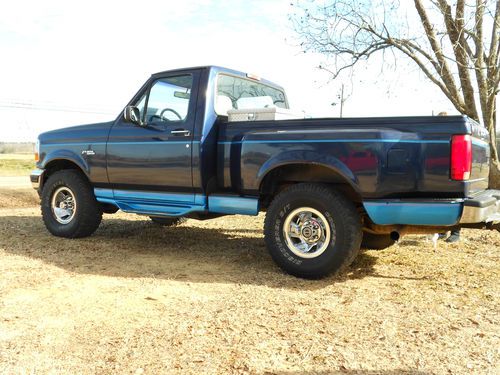 This truck is in great shape, I am selling truck for a friend but i have title in hand! No major dings or dents, does have scatchs on passenger door,fender and spot on bumper and small dent on tailgate .I will show pic of that if you wish. Interior is in really great shape almost like new for its age.Truck has a 5.0 v8 efi engine which is mechanically sound, keyless entry, anti thief system, trans and 4x4 works great! Passenger window will let down but have to help it back up! for as i know everything else works on truck. Good luck on bidding it is a sharp truck! If you have any question contact me by phone only anytime at 662-315-5767