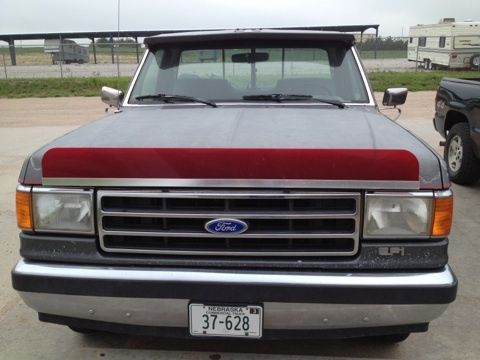 This was a one owner truck when I bought it. These are actual miles. This low milage truck is in good shape for an 89.

The interior is in very good shape. Has a smal amount of rust on wheel wells, which Is in the pictures. Engine runs like new and has no oil leaks.

The glass has no cracks in any of the windows. The tires are in very good condition.