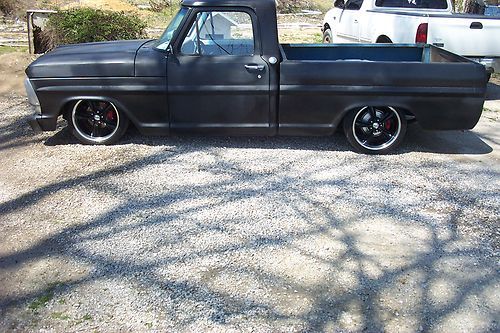 I am selling my 1968 Ford pickup,it was another of my projects and is now ready to sell. It has a camaro-02 Lincoln front end, speed-way brakes an rotors up front with matching small Ford pattern.

Has lots of new parts throughout, 4 wheel disc, new calipers an pads on rear, c-6 auto.

Just needs a few finishing touches is all.

Reserve price is very reasonable for the amount of work, new parts and time spent on this truck,plus I think the body style of the 68 is awesome:}I thank you for taking the time to check out my listing:}