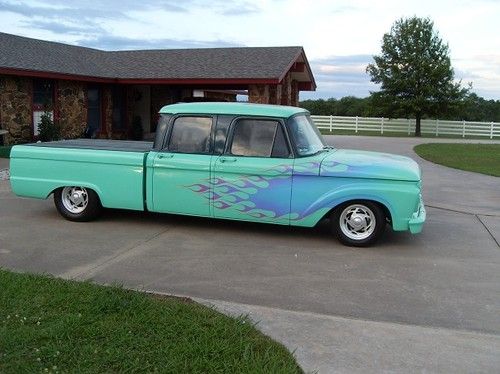 Condition: UsedA vehicle is considered used if it has been registered and issued a title. Used vehicles have had at least one previous owner. The condition of the exterior, interior and engine can vary depending on the vehicle's history. See the seller's listing for full details and description of any imperfections.Seller Notes:"This custom truck is in excellent condition."

This truck was built professionally by Larry Trip. It is an original four door cab channeled onto a late model GM frame. Stock ride heights. Big block Chevy with overdrive trans. Vintage air, custom paint, and leather interior. Boyd Coddington wheels. This truck drives like a late model truck. Power steering and power brakes. Tilt wheel. You won't be disappointed with this one! Serious inquires only, call Rusty at 918-319-0395.