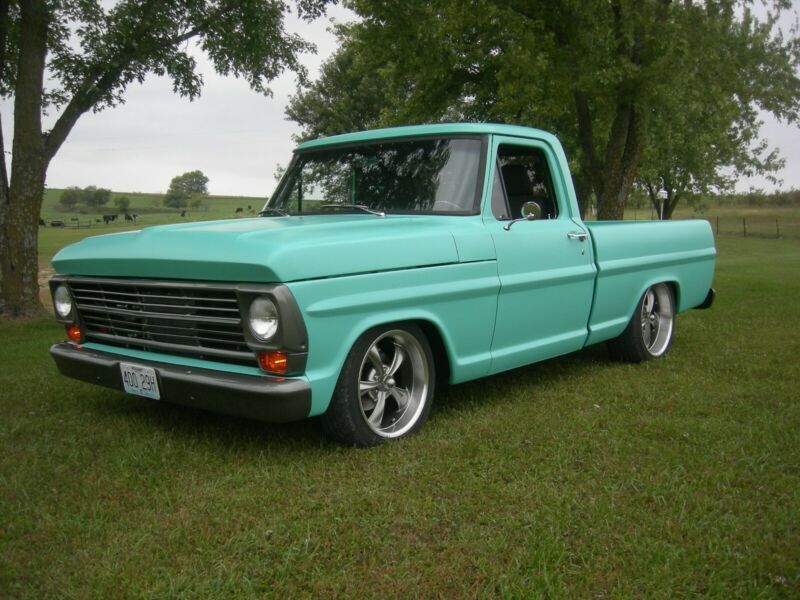 - Frame has not been modified between the wheelbase.

- 1967 Mustang gas tank mounted in the back under the bed. External electric fuel pump mounted in front of tank
under hump cover. Retained factory grand marquis fuel lines and fuel filter set up.

- Bumpers and grill painted with basecoat and cleared, color matched to the Ridler wheels.

- The underneath side of the cab, bed, and front inner fenders all coated with Extreme bedliner bed coating.
Inside of the cab was sprayed as well. The under side is black.

- The majority of the panel fasteners seen are stainless, button heads with stainless washers.

- Custom made arm rests with molded in door latch handles.

- Kenwood stereo, with 6' Kenwood speakers behind the seat, 2 1/2" JBL speakers mounted in dash.