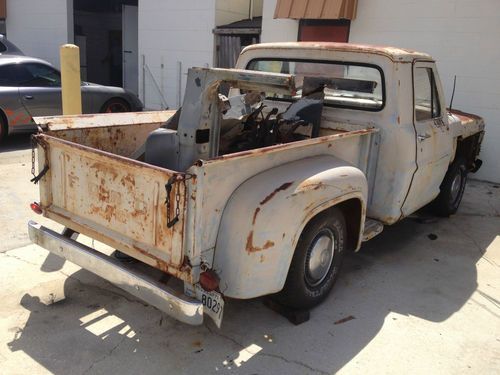 Motor Does run. It would run and drive but I am missing the driveshaft.
IF you have any other questions feel free to e-mail me at 904paintpros@gmail.com
All the parts in the bed of the truck are spare parts from another f-100. These do come with the truck.
Everything goes.  ( HAS a used drivers door and part of a cab )
Thanks for looking!