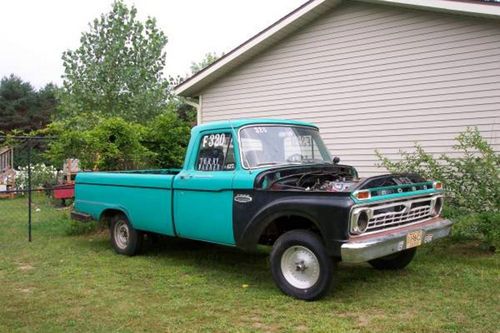 Estate sale to pay for previous owners funeral. Solid truck has been stored inside for 25 years. Bucket seats. Raced some but no roll bar and has not been tubbed. Great project truck. Comes with extra parts and hood. Will accept bank cashiers check for exact amount or cash. Buyer responsible for having truck delivered or picking up truck.