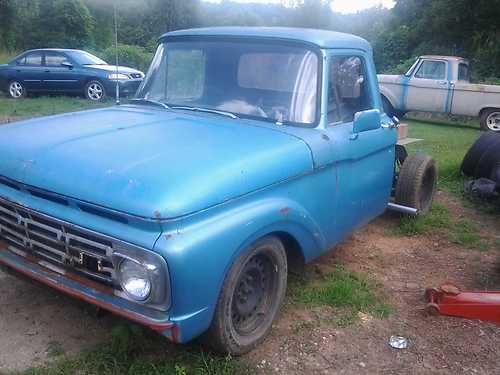 THIS IS A VERY NICE PROJECT THET NEEDS FINSHED.THE TRUCK IS SITTING ON A LATE MODLE POLICE CROWN VICTORIA FRAME AN RUNNING GEAR, IT IS RUNNING AN WILL DRIVE BUT NEEDS FLOORS FINSHED BED MOUNTED BUT WILL MAKE AN AWESOME TRUCK LOTS OF WORK HAS BEEN DONE TO IT I JUST HAVE TO MENY PROJECTS.ASK ANY QUESTIONS BEFOR BIDDING THANKS GOD BLESS