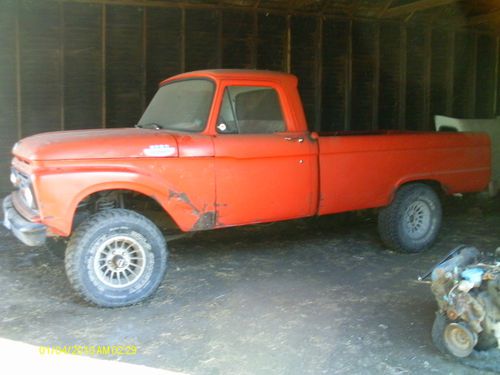 Originally 2wd converted to 4wd before I owned it, has Dana 44 front Ford 9 inch rear.  Engine and transmission were removed by a previous owner, cab, floor boards, bed and frame solid. Has rust on drivers side fender but have a spare fender in good shape. Interior all there, seat in poor shape. Hate to sell just have no time to restore, Once again no engine or transmission so selling for restoration or parts only, has rebuilt title. Call 515-231-2345 for more info or pictures.  Cash only, can help you load it on trailer.