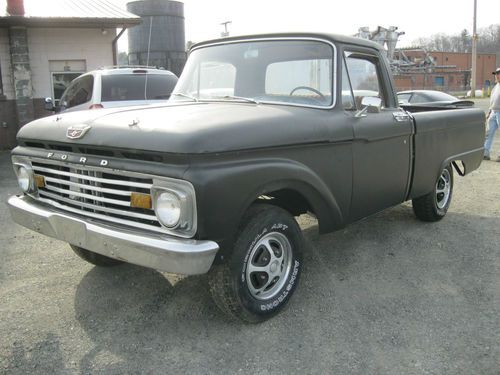 No reserve auction! 1963 Ford F-100 Custom Cab project. No engine or transmission. Very good body. The cab corners appear to have been patched at sometime. The left lower corner of the tailgate has also been patched. (see pics) The radio hole in the dash has been cut out and the floor has extra holes in it from a custom shifter. There are about five pinholes in the bed floor. Other than that, the body is in great shape. The front inner fenders have been removed. Clear title.