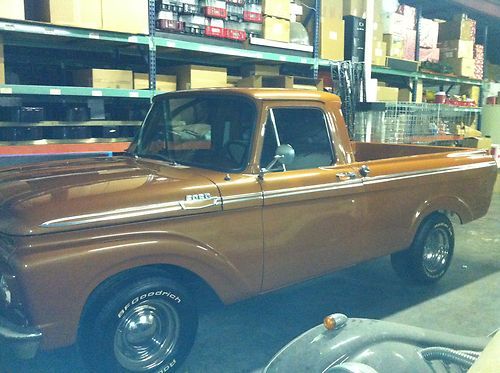 Condition: UsedA vehicle is considered used if it has been registered and issued a title. Used vehicles have had at least one previous owner. The condition of the exterior, interior and engine can vary depending on the vehicle's history. See the seller's listing for full details and description of any imperfections.Seller Notes:"This Ford pickup is in excellent condition. The entire bed and front end was removed for restoration. Painted frame, fresh liner, rhino spray for the bed, an upgraded stereo system and many more.Ive yet to see a nicer one of its kind."

I'm selling this for a friend to help out. Please email me with any questions.
-Wes
-wmcdaniel7159