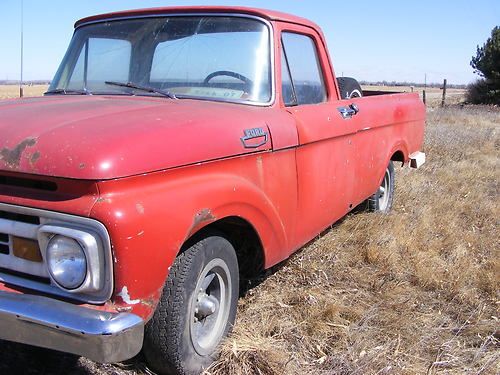 Up for sale a 1962 Ford Unibody truck, not runnung at this time, but has been recently used as daily work driver! Not too bad condition body is relitivly straight left front fender bent but no tears or creases! There is the typical rust in the rocker panels and running boards, interior in good shape for year tear in seat at drivers side, tires weathered but decient, inside of box is a little rusty but no major spots. Can send more pics if needed, selling this truck for a friend this truck is in above average shape compaired to most I've seen!