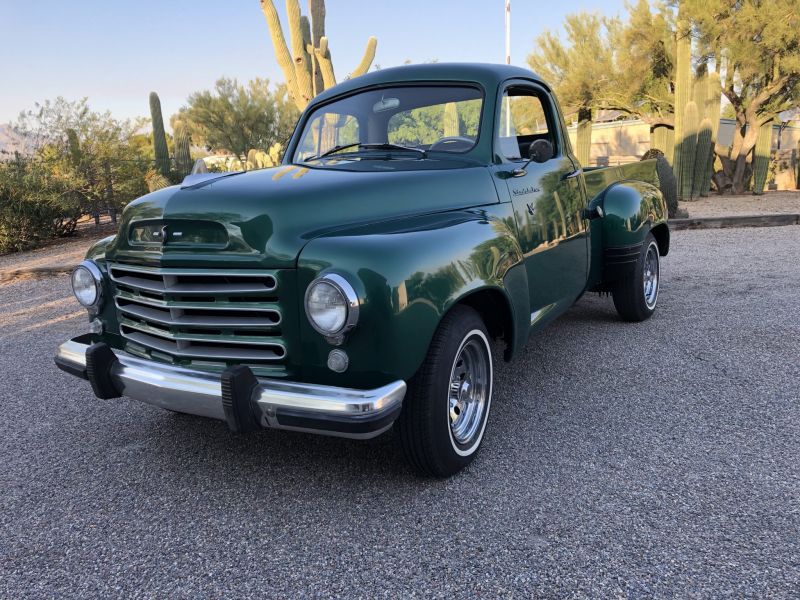 For further questions email me : zoyakhan017k@gmail.com The 1959 Studebaker E2 Scotsman is a inch-ton pickup powered by a 259ci V8 mated to a column-shifted three-speed manual transmission equipped with overdrive. Finished in green with a matching interior, the truck was repainted and fitted with an Edelbrock carburetor and chrome 15" wheels during previous year