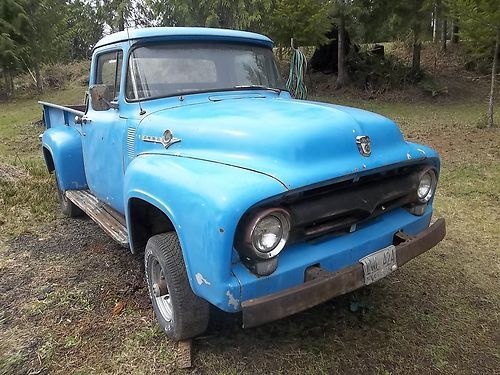 1956 Ford F-100 4x4. No motor, trans, transfercase. Project that I dont have time to finish. See pictures. Its pretty solid and deserves to be redone. All paperwork has been turned into dmv and I will have a clear title back in 3 weeks. I can mail the title or if it takes that long to pick it up I will have it. Mileage is what the odo is reading true miles are unknown its a 56.