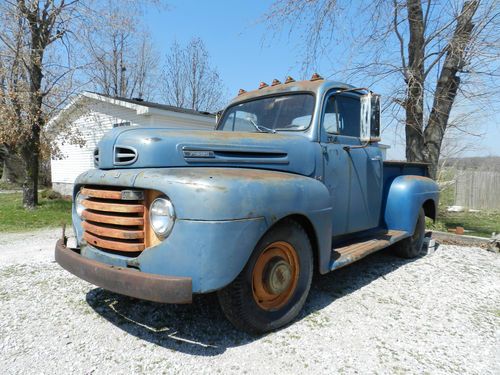 I have had this truck about a year. I don't know a whole lot about it. I bought it from my step dad. He said that it had something wrong with the engine and they parked it under a barn/carport type of thing in 1975. It had been sitting there until last summer when I hauled it to my place. I had planned on removing the flathead and installing a 302 - but I felt bad about ruining a truck that is this original. I  thought someone might actually want to restore it. It would be a good start for a restoration project. The hubcaps don't match - but as far as I know, everything else is original. I haven't done anything to it since I've had it due to lack of finances. I would be glad to answer any questions that I can - but that is about the extent of my knowledge about this truck.