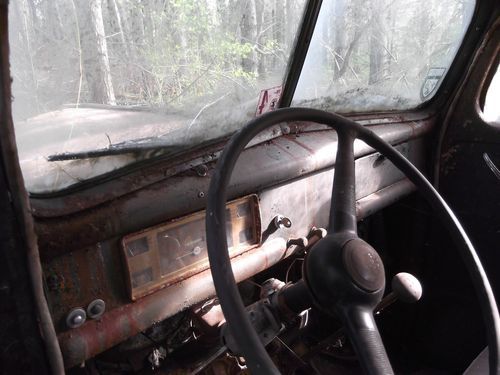 1946 Ford Truck All original have owned truck for 43 years.  Has original 59 AB flat head V8 motor.  I used to drive it daily hasn't been driven in 15 years.  Ran good when it was driven years ago.  Has been sitting and covered at my home.  No gut rust anywhere just surface rust.  Have all missing parts that may not appear in photographs.  Would make excellent truck if sand blasted and painted.  Also have extra good running V8 motor that could be available if you wanted to keep one engine like original and soup up the other one for performance.  Other than that no real issues.  Also have new original left front fender and two original new running boards.  Would make a sweet ride for somebody.  If you have any questions e-mail through e-bay or call 618-893-4343.