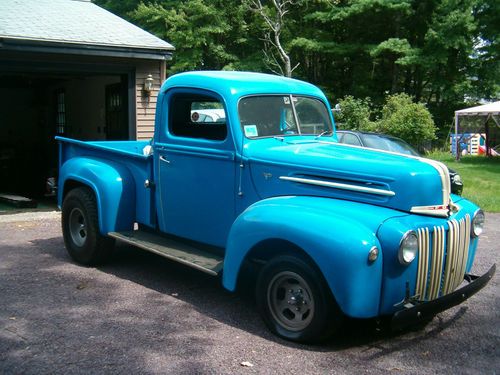 VINTAGE 1946 FORD PICKUP,  BODY IS IN GREAT SHAPE, HAS A NEW SMOOTH RUNNING 327 CHEVY, EDLEBROCKE INTAKE AND CARB, AUTOMATIC TRANSMISSION,  NEW OAK BED, TONEAU COVER.   TRUCK IS NOT MINT CONDITION BUT IT IS A TURN KEY TRUCK TO DRIVE TO CAR SHOWS!!  WOULD NOT TAKE MUCH TO MAKE IT PERFECT,  ANY QUEASTIONS PLEASE EMAIL ME  AND NO TRADES!