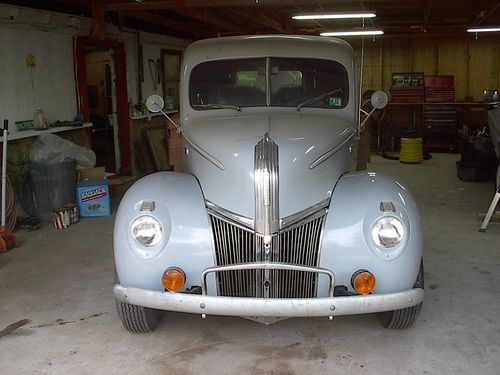 I am selling this 1940 Ford stakeside as I have too many projects.    This truck has been sitting since 1985 and a few years prior to that , It was built to it's current condition in 1975 , driven for awhile and parked when some pushrods were bent.  The heads were redone and that is as far as it got.  I put the engine back as you see it but it is not complete , so will not run as it is.  We ran a magnet over it and found very little to no bondo on it.   It has a 9 in ford rearend,  Home made headers, and dual exhaust. The engine will turn over.   Black diamond pleated interior,    This is an original rat rod.   The motor and trans,  I think ,  came is a 1965 292 from a car I was told.  There are some extra parts that come with it,  original standard trans. and bell houseing and misc. stuff.  Please feel free to ask questions and you are buying AS IS.  Cash on pickup.  Thanks and happy bidding