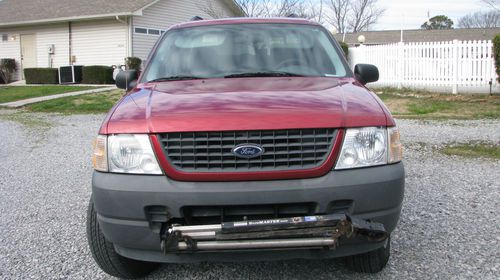 Beautiful Ford Explorer in excellent condition. Ready to tow behind your motorhome or ready to drive as your pleasure or work vehicle. The tires have less than 5000 miles, vehicle has not been smoked in. Interior is in excellent condition with no rips, tears or stains. Has a Roadmaster Stowmaster 5000 hitch on front ($1300). Many miles left in this great vehicle. We are only selling it because we have switched to a 5th wheel and no longer have the motorhome. This is a 6 cyclinder with 4 wheel drive.