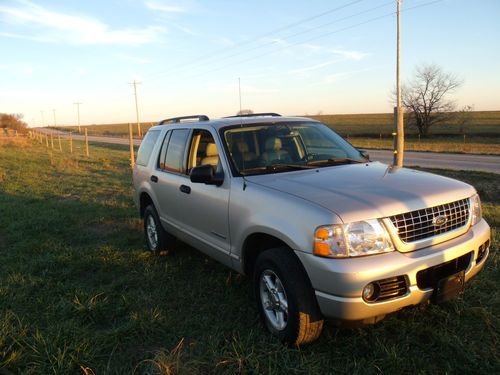 THIS A NICE SUV IT HAS ALMOST 153000 MILES ON IT HAS A LITTLE RUST SPOT ON LEFT REAR CORNER AND A DENT ON THE BACK OTHER THAN THAT ITS A GREAT VEHICLE MECHANICALLY SOUND  IN THE PAST YEAR i HAVE REPLACED THE O2 SENSOR AND PUT 2 NEW CATS ON IT ALSO PUT A NEW TIE ROD END OTHER THAN THAT IT NEEDS NOTHING THANKS PLEASE CAL OR TEXT TIM  @ 816 560 6361seats 5,  no 3rd row seating , just large cargo area