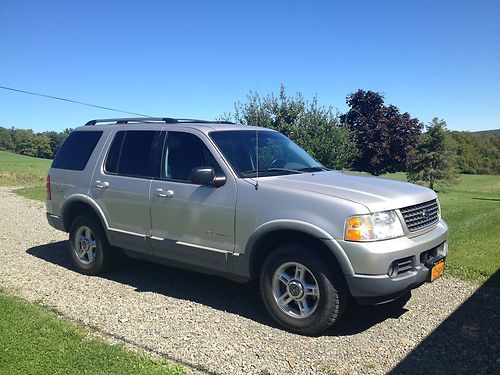 Condition: UsedA vehicle is considered used if it has been registered and issued a title. Used vehicles have had at least one previous owner. The condition of the exterior, interior and engine can vary depending on the vehicle's history. See the seller's listing for full details and description of any imperfections.Seller Notes:"2002 Ford Explorer XLT. 146,000 miles, needs nothing, looks and runs great. like new snow tires. Recently serviced and inspected. inside is clean and for the year and miles you will not find a cleaner one owner vehicle. reserve is $3000."

2002 Ford Explorer XLT.  146,000 miles, needs nothing, looks and runs great.  like new snow tires.  Recently serviced and inspected.  inside is clean and for the year and miles you will not find a cleaner one owner vehicle.  reserve is $3000.