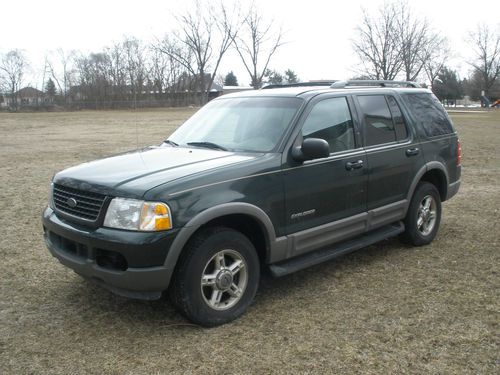 3-5-2012: Glass Doctor replaced back grey tinted window due to crack.

Last week my daughter was driving home and the front end started smoking.  She pulled over and turned off the engine.   We had it towed home, the mechanic who looked at it said the engine is leaking oil significantly, and the radiator is damaged too.  This vehicle has been serviced many times, put about $4k between transmission and steering column... and with this engine failure it's simply time to move on.

Suspension is getting worn (will feel bounce.)

Cosmetics are not ideal either on exterior or interior..

The new tires were $105 each, so bid will start at tire value.  You will need to tow this vehicle.

Base paint is decent, there are minor dings and dents in several spots.

Carpet is worn down.  Leather seats are worn and cracks appeared a few years back.