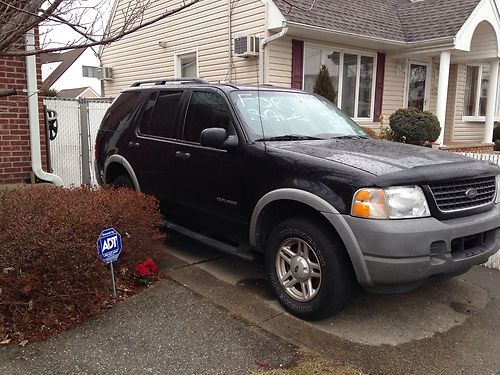 2002 Ford Explorer, 135,000 miles. Truck recently had tune up , oil change and inspection. The truck in black outside and grey inside.

It has a aftermarket removable cd radio. The windows are tinted. The interior  has no rips. The truck is in great condition