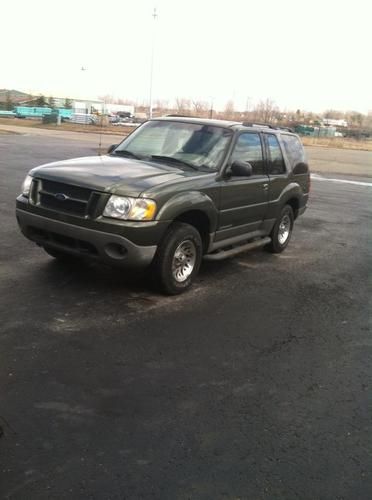 Condition: UsedA vehicle is considered used if it has been registered and issued a title. Used vehicles have had at least one previous owner. The condition of the exterior, interior and engine can vary depending on the vehicle's history. See the seller's listing for full details and description of any imperfections.Seller Notes:"This 2001 Explorer was a Georgia car before I got it. I've had it two years. Zero rust except for some surface rust on the running boards. I've had zero problems with it. Doing 80mph feels like you're floating. I simply need to drive something more fuel efficient!! Title is salvage was in a minor accident in 2009 but I've experienced no issues whatsoever in performance. works perfectly."

This 2001 Explorer was a Georgia car before I got it. I've had it two years. Zero rust except for some surface rust on the running boards. I've had zero problems with it. Doing 80mph feels like you're floating. I simply need to drive something more fuel efficient!! Title is salvage was in a minor accident in 2009 but I've experienced no issues whatsoever in performance.

The CD player is a six disc changer that works perfectly.