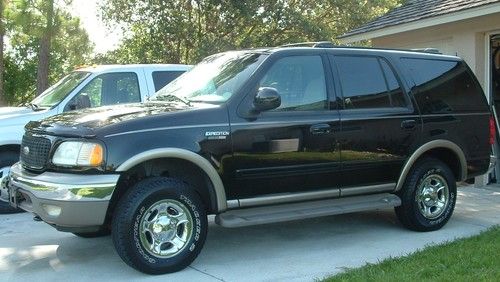 Really Nice Expedition. 151k , Brand New Goodyear Tracker 2 Tires. Great for traveling or a large family or group. We no longer need such a large vehicle. Runs very well. 6 cd player. vcr with drop down screen - screen is slightly damaged but you can still watch movies. We are Firm at $5500.00 Please call if you are interested. 772.349.8650. Thanks.