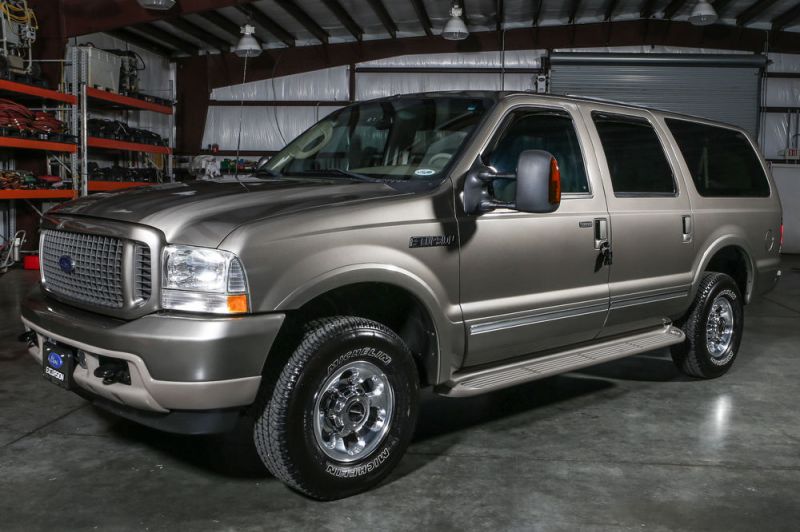 For more details email me at: johnniejlleet@iamfat.net .

This is an unbelievably immaculate 2003 Ford Excursion Limited 4WD 7.3L Power Stroke turbo Diesel. It has never been in snow, ice, or salt. It has been stored inside a climate controlled building and still looks, smells and drives like new. This Excursion has been meticulously maintained to the highest degree. Being a 2003 model, It is among the last manufactured with the hard to find 7.3 Liter Power Stroke turbo diesel engine. It is equipped with a LoJack brand security system. It also comes with a Pioneer touch screen audio system with rear view camera, Bluetooth, USB, auxiliary input, and satellite radio. The original factory audio unit is also available and is in perfectly working order. Where the rubber meets the road is a brand new set of 4 Michelin Performance tires.