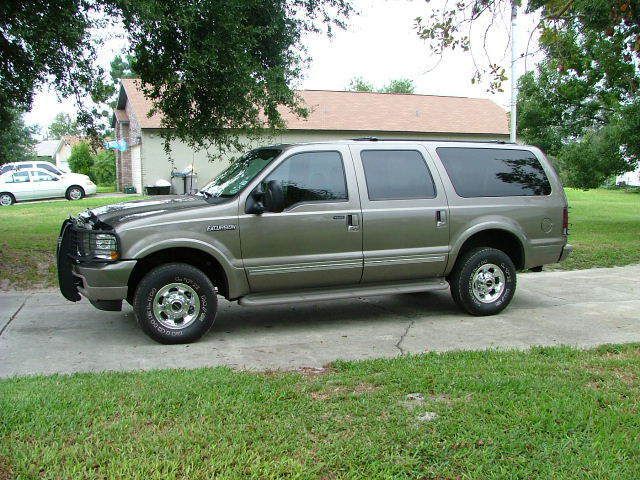 If you have questions email email me at: jeffreyjvvastakis@ukdealers.com .

This is rare 2003 Ford Excursion LIMITED , with only 95200 Miles. Metallic mineral gray color, alloy wheels , brush
guard and roof rack. Engine is 6.0 Liter V8 turbo diesel. Automatic transmission , 4 wheel drive ( 4x4) , leather
seats, cruise control Power windows , power steering , power seats , power door locks , heated front seats,
Running boards , tinted glass in back, front and rear A/C , DVD player, heated and power mirrors, CD player ,
radio and cruise controls on the steering wheel. It can seat 8 passengers , and it has removable 3rd row seat for
bigger cargo space. It is equipped with reverse sensor for easier parking. 2 inch ( 5cm ) hitch receiver.
Vehicle has a clear title. Tires are about 50% .
It was driven only few months per year by my parents, and they do not need it any longer since they got a smaller
car. It has a few dings , look at the pictures.