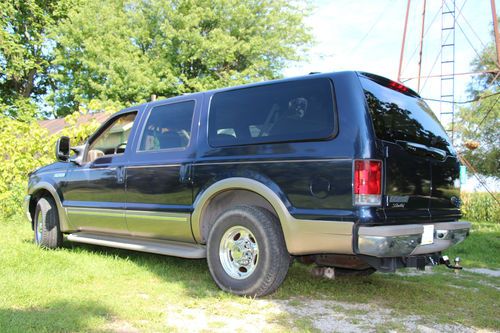 Condition: UsedA vehicle is considered used if it has been registered and issued a title. Used vehicles have had at least one previous owner. The condition of the exterior, interior and engine can vary depending on the vehicle's history. See the seller's listing for full details and description of any imperfections.Seller Notes:"Rip in driver's seat."

This 2002 Ford Excursion Limited Edition is in really nice condition and was a Florida only vehicle until 1 year ago.  There is no rust on this!  It would be great for towing and traveling due to the diesel engine and 2WD.  It is very clean.  It has power windows, locks and seats.  Third seat, luggage rack and hitch.  Newer tires and it runs great!  Plenty of room for the family or hauling things.  Feel free to contact me with any questions and thanks for looking!