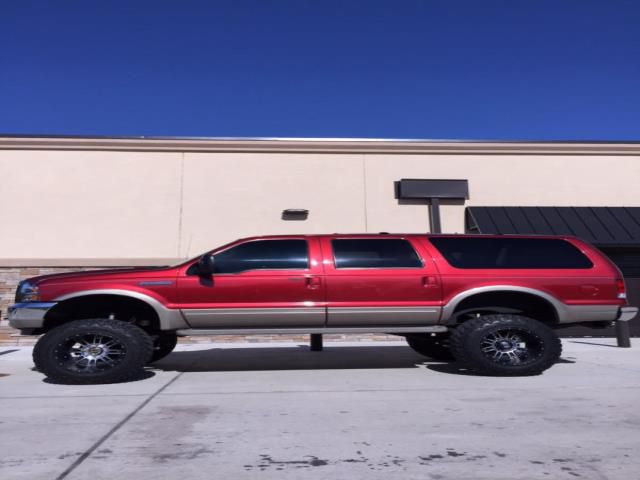 It runs and drives perfect, brand wheels and tires, fresh 8" suspension lift, 20x14 XD RIOT wheels, 37x14.50x20 Nitto trail grapplers, edge programmed for better fuel mileage, fox steering stabilizers. It has been my daily driver for a long time, never left my stranded or given me any problems. The transmission has been replaced by ford around approximately 200k miles. This truck is solid, back up sensors, no dents, nice paint, heated front seats, I had the leather professionally reupholstered January of 2014, I keep it waxed Monthly and it has absolutely ZERO rust. I'm very meticulous about my vehicles! I have spared no expenses on this truck. It has a Pioneer in dash dvd with bluetooth, all door speakers are upgraded (I believe Mb Quart).