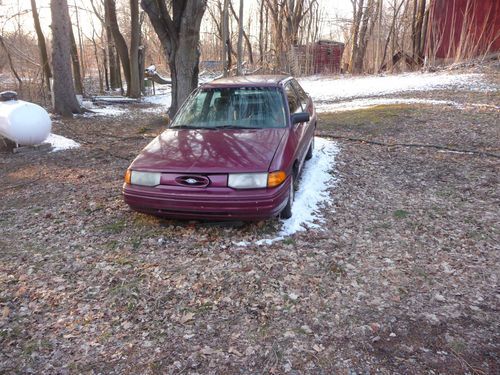 THIS CAR DOES NOT HAVE A TITLE. This vehicle appears to be in good running condition. It was driven about 1 1/2 hours with no problems. It then sat for about 6 months and now the ignition is not working and the battery is dead. It does not have a title as the individual that owned the car is now deceased and there is no way to get a title. This could be used for parts or derby. It has 113,000 miles. I require payment either via paypal or cash upon pickup. Please call with any questions 517-629-3433.