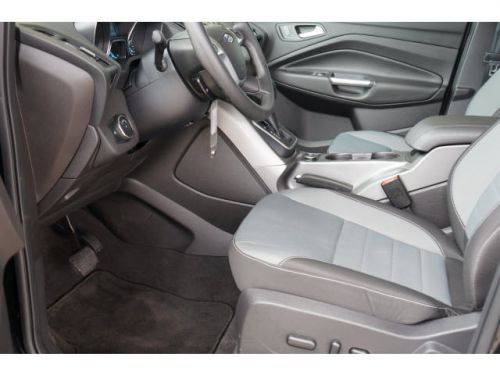 Shop like a VIP! Call/text/email our internet team for exclusive discounts. This Ford Escape SE has automatic locks, windows, power mirrors, center color screen, air conditioning, cruise control, steering wheel controls and more. Beautiful black and fancy wheels. Bluetooth and great gas mileage. Buy with confidence, thanks to a CarFax Title history report! Come make this your new SUV / crossover! Shopping with the VIP department gives you VIP Pricing! Haggle-free pricing means a pleasant experience for all of us. Call/text 866-414-7840 to speak with Jackie, Alyssa, James or Jon. We price low and fair, allowing us to focus on your needs. We'll find you the best deal on the perfect pre-owned vehicle. Come experience a unique and enjoyable purchase process!