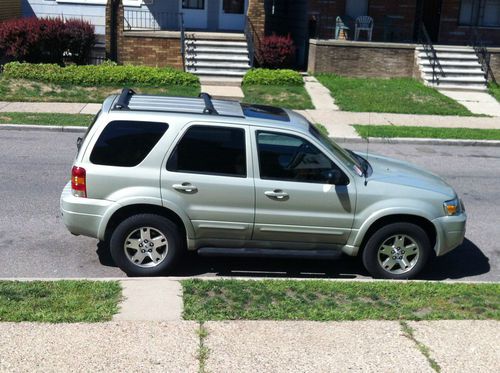 i have a 05 ford escape limited 4wd with 97k miles. the engine starts right up and runs amazing. it has a rebuilt salvage title. the car is very very clean and has leather heated seats moon roof and all options fully loaded. the transmission is acting up a bit but shifts into every gear and it might have bad syncros but i have no idea...this is my daily driver and i take good care of it...if you need a car for thewinter

a $500 nonrefundable deposit is required at end of auction
and rest of the cash at day of pick up
car is being sold as is
happy bidding!!!