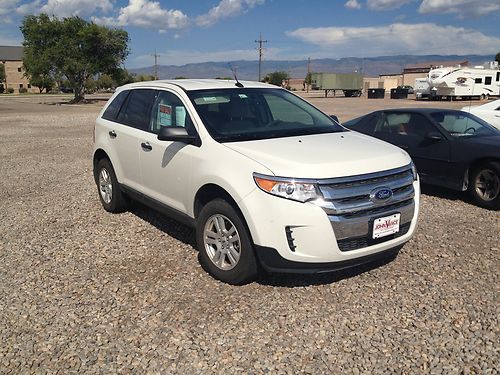 Condition: Certified pre-ownedTo qualify for certified pre-owned status, vehicles must meet strict age, mileage, and inspection requirements established by their manufacturers. Certified pre-owned cars are often sold with warranty, financing and roadside assistance options similar to their new counterparts. See the seller's listing for full details.Seller Notes:"one small little scratch on the ford emblem on the lift gate"
Just over a year old practically all the miles are highway. Taken to the shop every 5,000 miles for preventative maintenance. I love this vehicle to death however Im PCSing over seas and can't take the vehicle with me. Essentially just looking to get back what i owe before I leave. Vehicle has sirius radio and parking sensors. When I aquired the vehicle last year estimated highway mpg was 27 I have personally averaged closer to 30 on longer road trips. Roughly 23-24 city. I am the original owner of the vehicle. Smoke free vehicle.
Car priced about 1000 dollars under the retail listing on nada.
Buyer responsible for vehicle shipping or pick up.
Deposit of US $500.00 within 24 hours of auction close. Full payment required within 7 days of auction close.