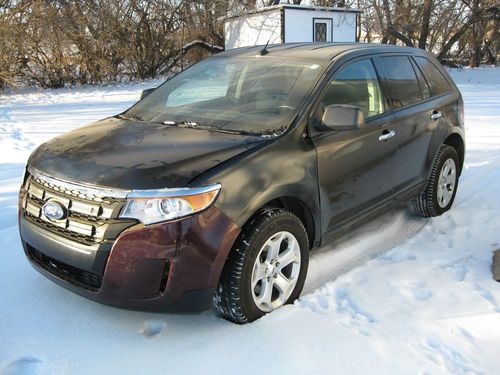 Serious inquiries only please, message any question/offers etc. I will respond to all.

INFO:
The left cv shaft was replaced, not damaged but inner boot had small tear and while outer boot is available inner is part of kit (180 bucks)so I spent 20 bucks more on new shaft. . nothing under engine/trans damaged all was front. I replaced upper O2 sensor(broken) and front manifold (had crack-about 500 bucks for both)engine wiring harness (was changed some so battery harness also with it) prob another 750.00.about everything to the front of that was aquired from dealer also-radiator, fan, condensor, rad support, hood, fender both front grills(upper, lower) hardware/fasteners, tubes hoses. even hood support rod etc. The piece of trim in front of mirror on driver door is 65 bucks and I have that.One of the pictures shows chin spoiler and left fender liner and oem ac /translines in back of car . Airbags/modules, 2 front impact sensors, seatbelts etc were repaired/ replaced. pic on ebay shows current pic with no airbag light or chk engine light and coolant at operating temp. another 200 bucks for second pats key. I havent added everything up but I think you can see I am probably taking 4000 dollar loss at bid start price. Has clear ND salvage title but would need inspection for licience and would require transport as vehicle is not street legal as is. I have reciepts from dealer for parts available also. Has newest version of sync/navigation also.Needs paint and windshield but I believe most parts are there. still needs some reassembly as body panels where quicky installed to show they are there. Has full set of owners manuals also. The cold air intake pictured is for 2011+ edge engines. was purchased on ebay for 100 bucks and there are few available for the new edge that do not cause chk engine errors(this one doesnt). I mounted it with straping for pics but it does mount with oem hardware when completely assembled.