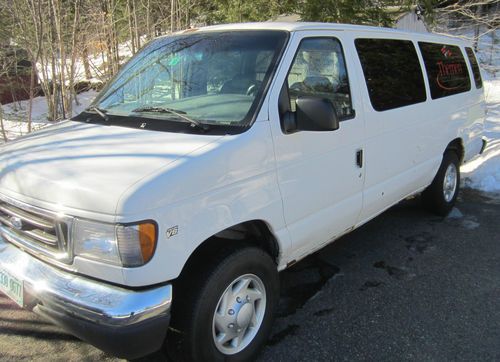 Great work truck with leather seats and remote start. The van currently has 230,000 miles on it and runs excellent. The truck has all new ball joints and wheels bearings in the front as well as new tires all the way around. Used daily to install flooring. Has some rust and dents see pictures for details. Clear title in hand.