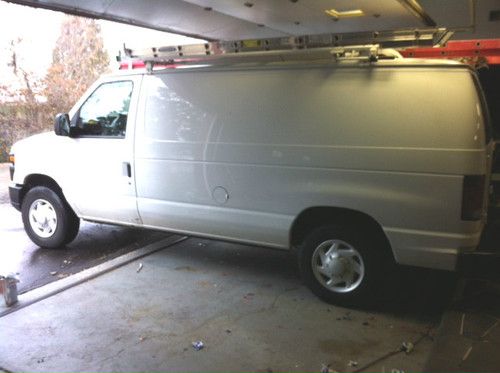 We have our 2008 Ford cargo van e150. This is in good condition. Runs strong and has no known mechanical issues.

Interiorer is in good condition no tears. Has few bony dents but nothing serious at all.

This is a fleet vehical so has been regulary serviced since day one.

If were not contacted and arrangements made for payment and pick up and If not paid for within 3 days we will relist.

We have the right to cancel item early due to its being sold locally also. Thanks