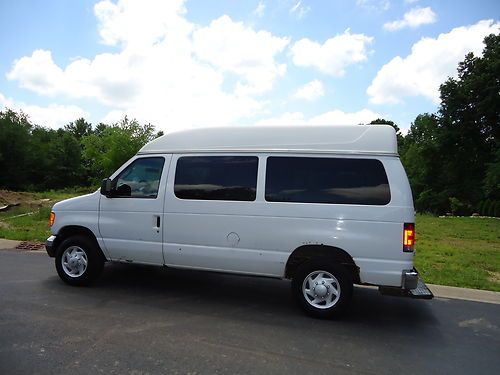 Runs and drives very good.  It is a wheelchair transportation van.  The wheelchair lift works very good and has a brand new wheelchair lift switchl  I have all records of service from my ownership.  It has 4 new tires and transmission was rebuilt a few years ago.  No warranty. Sold as is.  Please review all pictures and call with any questions.  (330) 622-1291