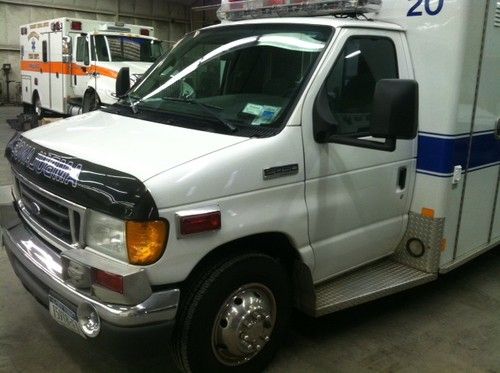 2006 Ford E-450 Van Cutaway.  Vehicle was used as an ambulance since new.  Vehicle has been well maintained and serviced regularly.  The box on the back will be removed.  The vehicle will be picked up in Madison, AL.  Vehicle may not be road ready since rear box will be removed.  Vehicle is in good working condition. 58,602 low original miles.  Vehicle sold as is and no extended warrantees.    Winning bid must give Paypal payment of $500.00 within 48hrs of auction close.  Final payment must be made by bank check when vehicle is picked up. Please ask questions prior to bidding.