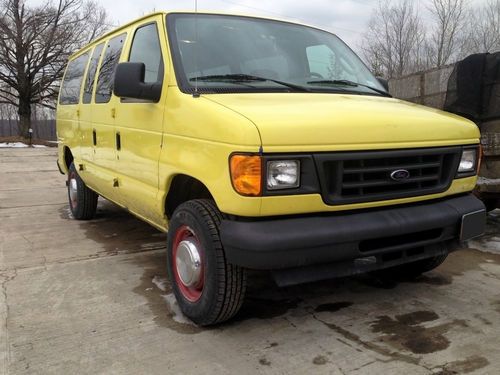 Hello im selling my 2004 Ford e350 super duty xl van. This van runs like a champ. I never had problems with this van. Reason of selling is because i no longer have use for it. It has new tires worth ($700). Van has only 60,000 miles on it. I have the rear passenger seats for the van. The seats are leather. Also the car has minor dents and scratches, and some rust on the rear bumper. It has a Clean title as well. If your interested give me a call or text at (607)372-0164.