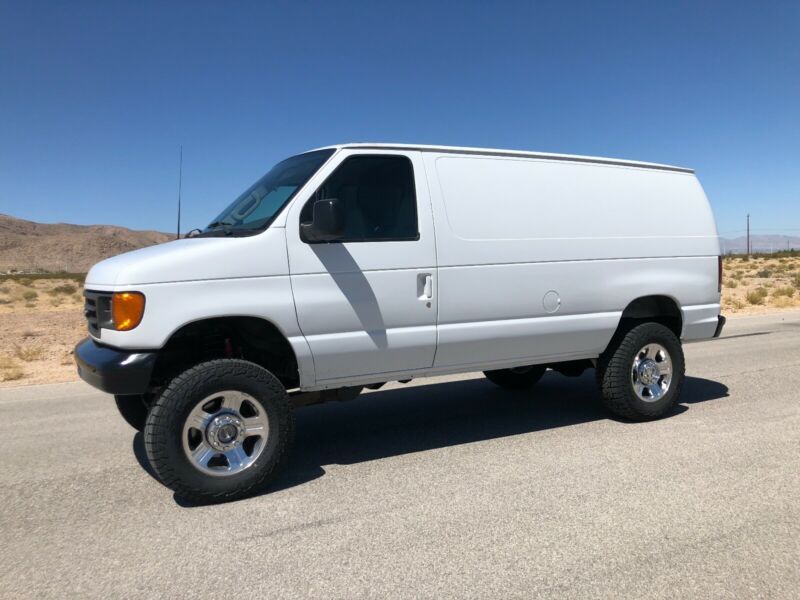 Brand new tires and A/C blows ice cold. Everything works as it should. Clean title in hand

This van was built and designed around using all Ford components. Not a build using proprietary parts that cant be
found in a pinch or only sold by the manufacturer.
Ford F350 axles and Tcase. Manually shifted 4wd on the floor with Ford locking manual hubs in the front axle. All
the running gear came out of a truck that was rear ended leaving all the components in perfect condition. The
running gear used has approximately 80K miles on it but has been gone through thoroughly. Both diffs were serviced
along with the T-Case being torn all the way down to install a new input shaft. The trans has been completely
rebuilt and also torn all the way down to allow for the proper components to be installed to convert from 2wd to
4wd. All necessary upgrades suggested by Ford were also made to the original 4R100 outfitted behind the 7.3L
diesel. Fuel tank was cut open and shortened to allow space for the T-case but also cleaned out thoroughly.

No rust on this van and is honestly the cleanest example of a 7.3L diesel van you can find.