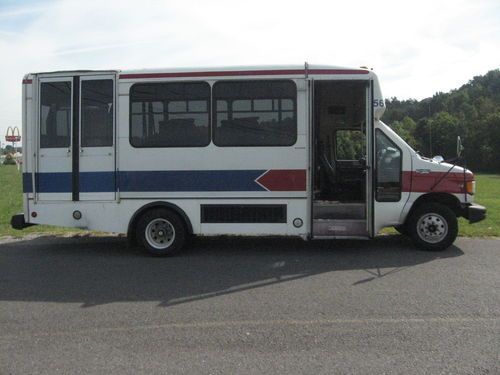 I have 4 of these buses they are all in good shape they have front and rear air 7.3 v8 power stroke diesel that run strong they have wheel chair lifts and folding passenger seats these are very nice buses I have all the maintenance records on all of these.  If you have any questions call 423-718-1083