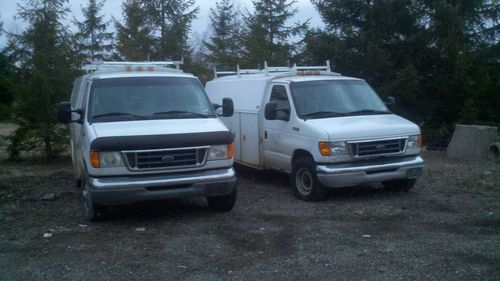 We have 2 Of These E 350 Contractor vans, both have 300k on them, both have newer transmission's, both are solid vans they do have dents,scratches, some surface rust, they need a good cleaning. The one that is in the best shape has motor problems, has a piston broke i believe. will start and run but runs rough. the other one runs and drives good, has new front brakes, ball joints, etc. one has very good tire's the other one's are fair. these vans could make good work vans again with some TLC and a motor. call with questions 1-616-893-9218 Doug.