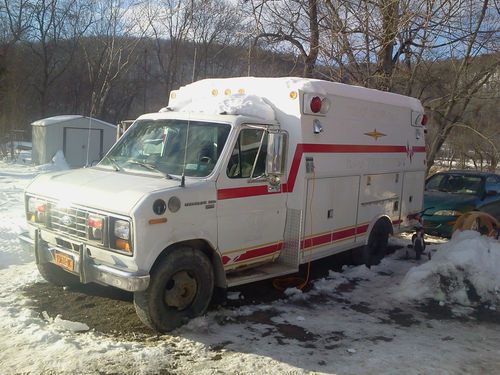 This is still on the road licent as a (util) truck good running 7.3 diesel non turbo good tires it is missing the passenger step the underneath the doors in the front corder panels are rusted which is normal on all trucks there is a full red bar light in the back I never hooked it up it does work just needs amber lens still has most of the stuff in it all compartments open and close and lock extra set of keys with books to this truck just the truck is for sale not the tools  this is sold as is inspection runs out at the end of the month please do not bid if you can`t pay the winning bid This also comes with the crome hubcaps  missing 3 crome nut caps and comes with center caps

update on my truck that im selling I just put new shock on the front  all good brakes on it. im  only selling it because I need another 4x4 truck this only hauld  my tools to n from my jobs runs good